Supernova are central London’s korfball club. We have over 60 active members across five teams competing in indoor league competitions. Our teams can cater for beginners, recreational players and ambitious improvers as well as more experienced korfers. We welcome new players at any time of the year. League games run from from October to April, with most matches on Sundays. Check out our teams in action here.

First Team: The first team plays in the London Regional League and the EKL Promo League. These 10 players represent the best in the club.

Second Team: The second team is used as a feeder team for the first team. It is made up of the rising talent in the club, guided by a few experienced hands and also competes in the London Regional League.

Third Team: The third team consists of our developing players and is regularly chipping at the heels of SN2! It is currently in the second division of the London Korfball league.

Fourth and Fifth Team: The fourth and fifth team consist of newer players and recreational players who are getting their first taste of competitive korfball.  They are currently in the third division of the London Korfball league.

We’re a friendly and sociable bunch, who will never be far from the nearest pub! Meet some of our players here. 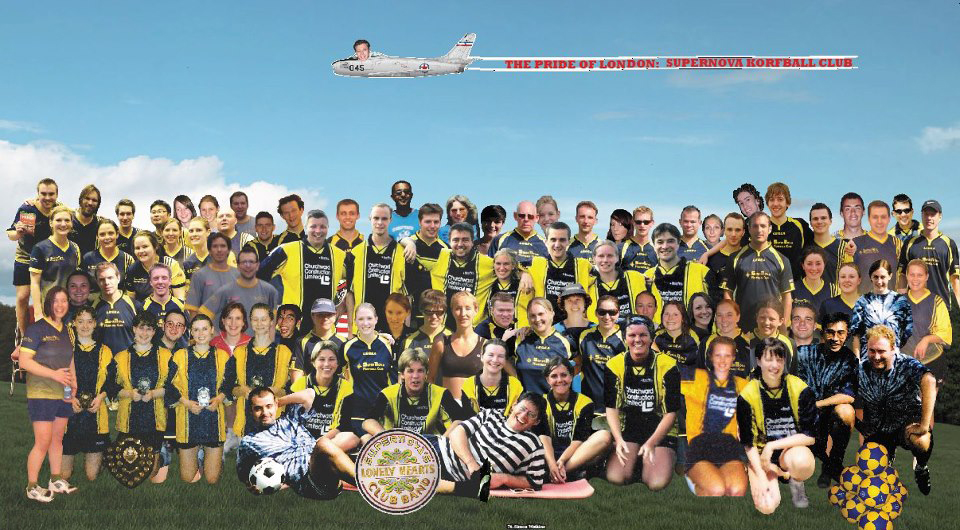 It was the summer of 1996 when a throwaway comment ignited a spark of an idea for a group of korfers to break away from their roots at Vultrix KC and form their own club.

Within the space of 2 months we had a name, a committee, club colours, borrowed equipment, a hall to play in and had even secured a coach. Oh, and a pretty awful interim tie-dyed club shirt. Supernova Korfball Club was born and the first AGM took place on Sunday 4th August 1996. 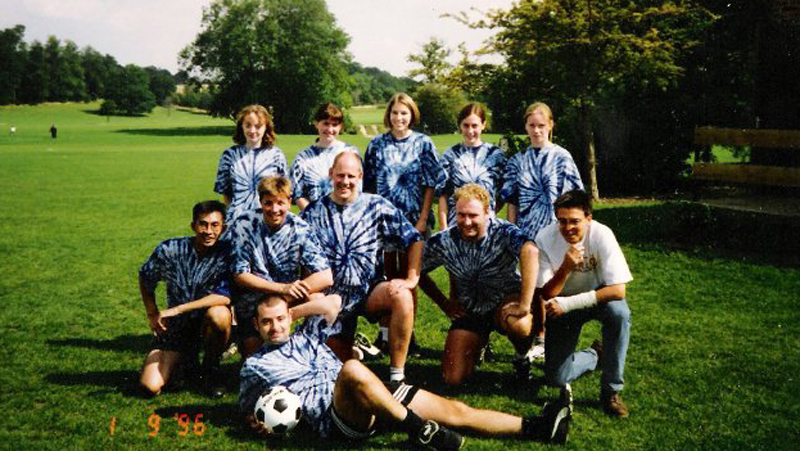 The first Supernova team in 1996

The club grew quickly and enjoyed success pretty much from the beginning. The first team won promotion to the National League in its first season and, bolstered by the arrival of University of London players, the second and third teams followed this up with a number of local league wins and promotions.

Supernova has participated in numerous tournaments (and winning quite a few!), sampled numerous beer and wine, spawned numerous marriages and ruined many karaoke songs! Supernova celebrated 20 years as central London’s korfball club in 2016.

The Supernova Roll of Honour

… as well as many London Outdoor League and Summer Tournament titles too.