Supernova sauntered down to Shalcrow’s south coast hometown on surely the shiveriest Saturday of the season so far.

We were welcomed with open arms by Brighton, if not by the staff at the sports centre, and after some training, it was down to business.

Some may be forgiven for thinking we were there to skate, such was the slippy (and shiny) nature of the surface presented to us. Alas we attempted to play korfball against a team which contained Blake Palfreyman, England’s top scorer at the Korfball World Championships earlier this year.

Detailed and, in places puzzling, notes will mean the rest of this report follows a similar format. What I can confirm is that Supernova had a 10% shot success rate in the first 20 minutes of the match in which two goals were scored by both sides.

After a further 20 minutes of korfball, Supernova had scored seven more times, and Brighton on four further occasions, making it 9-6 overall. The shot success rate jumped to 37% during this period.

In the final 20 minutes, two hatricks were scored by Supernova superstars Sian and Anke as the visitors triumphed 15-8 overall. Shot success stagnated, lingering around the 18% mark for this last period.

Other events from the hour of korfball which had just been played: Neil was blammed. JC was blammed. Sian successfully carried out a blam. JC got blammed again. Hannah made two fabulous interceptions. Most Novans scored goals. Sian’s sister inspired her to perform at levels scarcely witnessed before. Jenny hit the deck. Simon hit the deck. Neil threw the ball into an opponent’s crotch. Blake scored fewer goals then anticipated but boy can he blam.

A further match followed which lasted in the region of half an hour after which Supernova’s players went to take showers. The chaps were harried out of the men’s locker room by some clearly irked staff. Their mood would not improve. The ladies, despite persistent knocking from the male staff, ignored these attempts to entice them from the changing room, presumably on the grounds that they thought the boys were playing knock down ginger (again?) A wait of what seemed like hours (20 minutes) after the sports centre’s official closing time of 1700 followed before Supernova’s ladies emerged and we were on our way.

A short while later, we were being upsold cocktails in a manner rarely seen in the restaurant trade by a waiter, who was (by his own admission) as camp as a row of tents. He complimented your correspondent on his sausage (beef, natch). We necked an array of cocktails in double-quick time and headed back to the big smoke. Shalpin ate some chocolate. A lot of chocolate. An entire advent calendar. Except maybe the second week of the month.

We wish Brighton well in their quest for success at next week’s BUCS Korfball Preliminary Tournament and thank them for their hospitality. 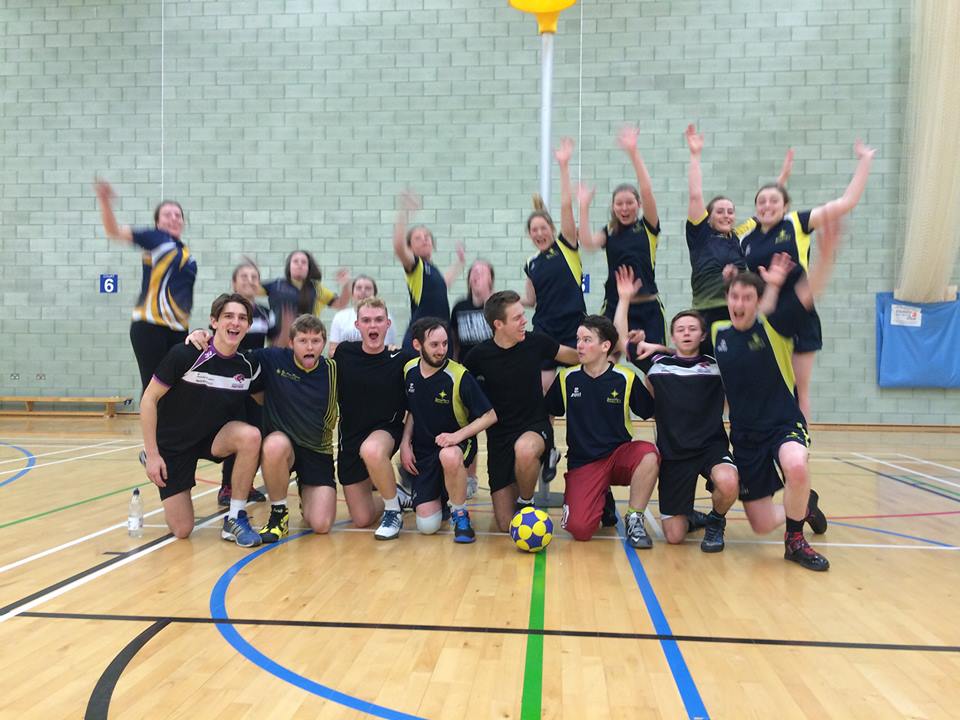