The penultimate match of Supernova 5’s debut season called for a trip to Petchey Academy for the away leg of the fixture that started the season back in October, Nova 5 vs Highbury 5.

Just two of the Nova players present during the first leg return however, Cathy and our glorious leader Woody, who were joined in first attack by Geoff and Tasha. Comprising what would prove to be a formidable first defence opposite them, Becky P leads Tom, Becki F and Pete.

The first ten minutes of the game was void of goals. Heavy pressure early on from Highbury’s attack was absorbed by a Nova defence on great form. Some surprise interceptions and collects from our defence saw Nova’s attack free to do some business. Great movement from Geoff saw him into three veering chances but it was Woody who broke the stalemate in the twelfth minute with a well executed drop-off.

After over a quarter of an hour of hard graft on both sides Highbury found a crack in the Nova defence and equalised. Becki found Nova’s second goal from a Pete-assisted free pass just moments before half time. Becki subbed off for Rachael and after a characteristically mellow team talk from Woody, play resumed.

The opportunity for a Nova penalty came early in the second half and, cool as you like, Tom proved more than up to the task. With a goal of their own close behind, Highbury looked to make a comeback. 3 – 2 to Nova.

Following a great period of attacking play Geoff had his eye in and found the korf with a much celebrated veering goal, which he topped off in the subsequent defence by turning over two Highbury attacks in a row. Pete then found himself in great space right under the post and was able to top off a sterling defensive game with a goal of his own. Another ice cold penalty from Tom, a swift drop-off from Geoff and a party piece runner from the Captain himself saw Nova pull further ahead before a Highbury penalty found the mark. 8 – 3 to Nova.

Becky then pulled Nova further ahead with an incisive runner, fed by a patient and well-placed pass from Pete. By this point Cathy was in trouble; having called Tasha ‘Becky’ on multiple occasions. It was a transgression she was only partially forgiven for as after a great feed from Tasha, Cathy scored a runner, bringing Nova their final goal of the game and into double digits. A late goal from a resilient Highbury saw the game finish 10 – 4.

High fives all round and we follow the chap unlocking the place straight into the Shacklewell Arms. A very proud captain provides a well earned round of drinks. The cycle is complete, Novans are in the pub. 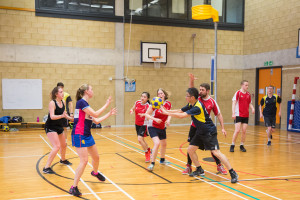 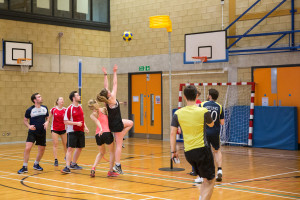 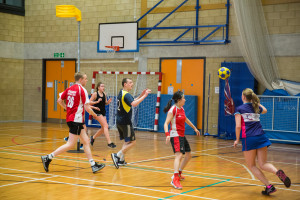 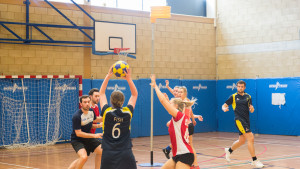