SN3 hoped to match the win by SN4 previously on court.

Marita started the scoring for SN3 with a great long shot from centre court. Femke had a great running in shot and Pete was on fire with his super-long-range shots, some of which barely even touched the basket!

Joe and Hannah had a couples competition, both of them scoring long shots. James scored from almost the half way line and Lucy slipped a quick goal in at the end to complete the set.

There was some great switching between Nicola & Marita to prevent running in shots by quick Highbury girls and Nick did some gravity defying interceptions. Pete could be counted on to somehow end up collecting a shot that he’d just been defending a split second earlier, which helped hugely in our collecting and recycling of the ball for a new attack.

SN3 were always in front but had a couple of scares when Highbury scored fairly quickly after we had scored – perhaps a lapse in concentration upon a switch of ends.

Overall, great game for SN3 who were controlled and winning throughout but who need to keep focus in order to keep up the goal difference. 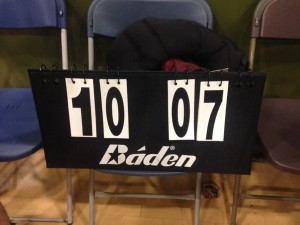